5 Healthy Lifestyle Changes You Can Make to Look Better 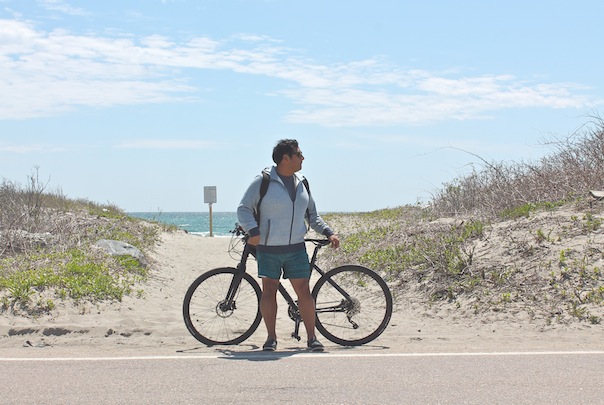 While various grooming products are helpful in giving you better looking skin and other features, there are a few different life choices and changes that men can make to help them have great skin and look better overall.

END_OF_DOCUMENT_TOKEN_TO_BE_REPLACED

Grooming and Skincare Items to Get This Spring

Spring has sprung, and that means its time for spring cleaning! After you go through and throw out old bottles and tubes of your skincare and grooming products (or ones with just a couple squirts left), these are the news items what you should fill your soon-to-be empty cabinets and drawers with to help you look and feel good:

END_OF_DOCUMENT_TOKEN_TO_BE_REPLACED

How To Exfoliate Your Face

As written for AskMen: Aging is inevitable, and as a result, it takes a toll on our skin. One effective way to help the facial skin renew itself it is through exfoliation. The shedding process of scrubbing off dead skin cells reveals and exposes fresher, more youthful skin. The process keeps the skin clean as too many dead skin cells can clog pores and cause acne, ingrown hairs and wrinkles.

Exfoliation is important for clear skin, but also for a smooth shave, says Alex Grogan, the co-founder of ManCave. “By scrubbing off dead skin, you not only unclog pores and brighten the complexion, you are also exposing hair follicles, allowing for a closer shave and eliminating ingrown hairs.” END_OF_DOCUMENT_TOKEN_TO_BE_REPLACED 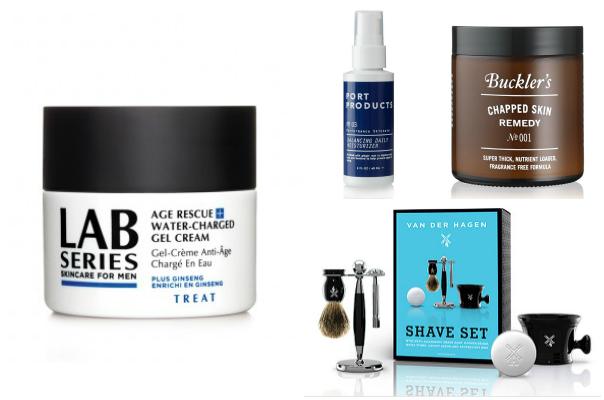 Continuing my picks of men’s grooming and skin care must-haves to get this holiday and winter to kick off the new year, see shaving products, anti-aging solutions and other skin care products below:

END_OF_DOCUMENT_TOKEN_TO_BE_REPLACED 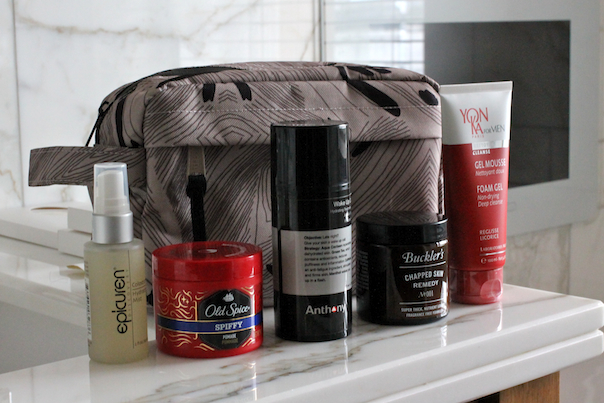 When packing for international travel, especially if you are dealing with time zone changes, it’s important to pack products with you that you are familiar with and helpful with the climate and time changes: END_OF_DOCUMENT_TOKEN_TO_BE_REPLACED

Posted in Grooming, What To Pack 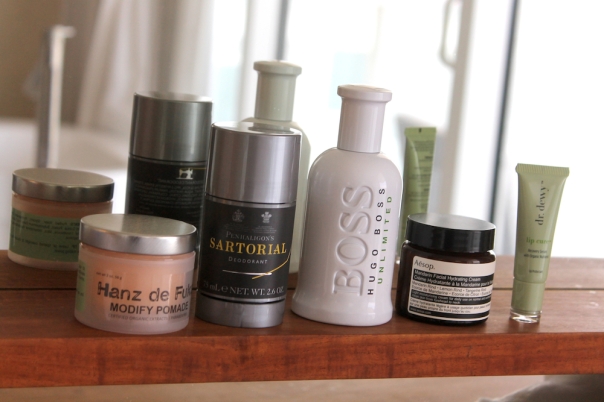 Never know what to pack when you have a last minute trip? Well while getting ready to go down to Florida for a quick weekend at the swanky, luxurious W Fort Lauderdale (travel tip: you have to check out its Living Room and eat brunch at STEAK 954 for the homemade pop tarts), I had the very same dilemma. After thinking about it and looking through my grooming drawer (ok drawers), I decided the following five types of products are musts for any last minute getaway or business trip:

END_OF_DOCUMENT_TOKEN_TO_BE_REPLACED

Grooming Essentials For Summer (And To Be Pride Ready) 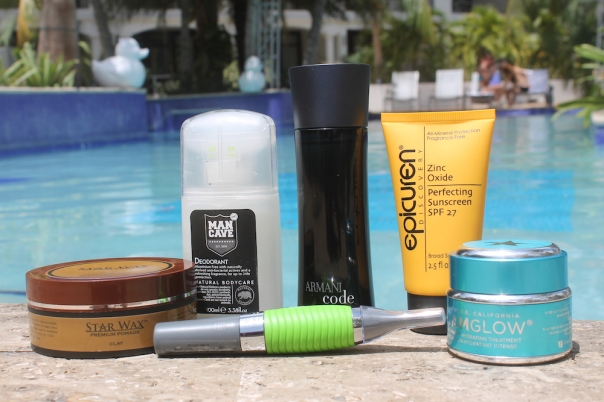 Recently down in Curacao for South Caribbean Pride, it felt like no better time for a grooming essentials post on what you’ll need to be ready for summer, and also for what to bring if you’re planning a trip around any pride events or day/pool parties: 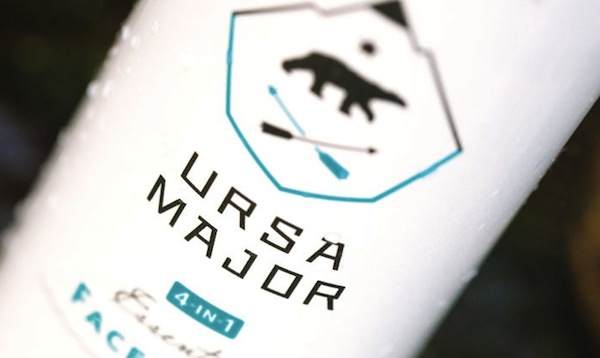 Hailing from Vermont, Ursa Major is a nautral skin care brand for men that uses natural ingredients to create gluten-free, vegan, non animal tested products that are designed to gives us healthier skin. Among their products offered include the 4-in-1 Essential Face Tonic and the Fortifying Face Balm, which work well together. 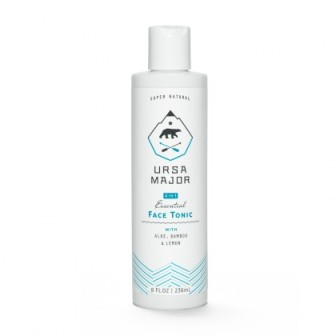 The 4-in-1 Essential Face Tonic (8 oz) has four uses as a cleanser, an exfoliator, a post-shave healer and a toner. Thinking of it from a traveler’s perspective, a cleanser and post-shave balm are always needed for even a weekend trip to clean and freshen your face on the go (instantly) and to fight off razor burn or ingrown hairs. With the UM face tonic, you get the extra benefit of not having to pack several different skin products. $24, UrsaMajorMen.com

END_OF_DOCUMENT_TOKEN_TO_BE_REPLACED 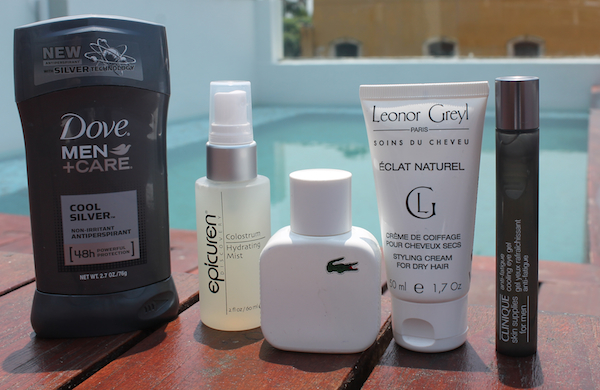 Photographed at the Tcherassi Hotel in Cartagena, Colombia

After picking out a weekend travel ensemble for Cartagena, your bag and other accessories to bring along, grooming is the next step. Cartagena is surrounded by the Caribbean waters, so sweat, the heat and hair tangles were kept in mind when selecting the following. They are also also under 3.4 ounces:

Photo via Niche For Men

Whether you’re traveling for city to city for work or living a city life of crowded subways and streets, there are times you’re going to break in unanticipated sweat—and who has time for that?

If you don’t have a moment for a quick shower (or there isn’t one available nearby), Niche For Men are male face and body deodorizing wipes to help you fight the sweat and the unpleasing smell and feeling associated with it. Individually packaged, each wipe folds out to hand towel (9″ x 11″) and is infused with ginseng, aloe vera, soothing oils and a masculine scent.

I tried out one of these bad boys after a long day in the city that had me hopping to different showrooms, attending a press preview and shooting street style. While I didn’t break in too much sweat, I did a bit, and felt gross from being around so many people on the subway and train back to Stamford. I pulled out a wipe from its slim, tearable case and wiped the oils off my forehead first, and started to feel fresh again. I continued with the rest of my face, neck and arms, and just like that it was as if I showered and sprayed myself with a light cologne. The wipes are also reportedly strong enough to clean you up after long work outs.

Think of Niche For Men as a backup shower you can keep in your fitness or carryon bag, office desk drawer or even your back pocket (as the wipe is folded down to 3″ x 4″ in the packet). Starting at $3 for a set of two wipe packets.