Lady Gaga has just released her dreamy new video for “911”, the third official single from her latest album Chromatica, and it features the glowing dunes of New Mexico’s White Sands. Watch below:

END_OF_DOCUMENT_TOKEN_TO_BE_REPLACED

Plan that trip to Vegas, Little Monsters, as Lady Gaga will launch her exclusive residency at Park Theater at the new Park MGM resort on December 28, and there will two kinds of shows!

The “Lady Gaga Enigma” will highlight the icon’s pop hits, and the “Lady Gaga Jazz & Piano” show will feature stripped-down versions of her songs as well as music from the Great American Songbook. There will be 27 shows in total to choose from, and tickets start to go on sale this week. END_OF_DOCUMENT_TOKEN_TO_BE_REPLACED

Must See: Where Lady Gaga Filmed “G.U.Y”, The Hearst Castle In California

Lady Gaga’s released an 11-minute ARTPOP film for her song “G.U.Y”, which along with performing the provocative single also features the song “Venus”. The video follows Gaga after being reborn (or as she enters the next stage in life) and makes her way to a white mansion that’s filled with familiar faces from the Bravo family (like Andy Cohen as Zeus) and turns into a big Gaga-esque party. The entire video is flawless, with the dance numbers reminding me of her “Paparazzi” days, but something that’s also worth mentioning is the location of where the video was shot, the Hearst Castle on the Pacific coast of San Luis Obispo County, California in its own town of San Simeon.

The beautiful central Californian castle, a National and California Historical Landmark mansion designed in the Mediterranean Revival style, can actually be visited and able to host events. It dates back to 1919 and can look like a castle in the sky as it is perched on a hill with an altitude of 1,600 feet.

Here’s a look inside the castle and its grounds beyond the “G.U.Y” video: 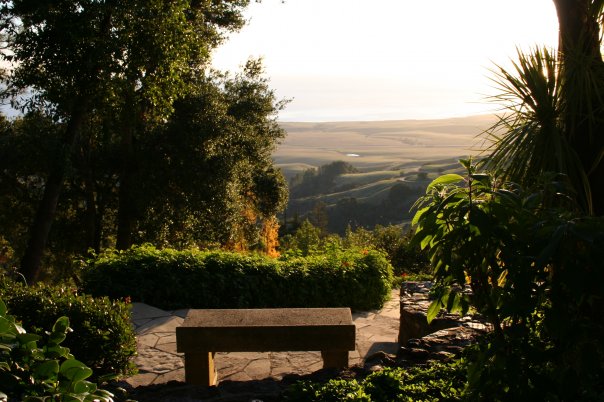