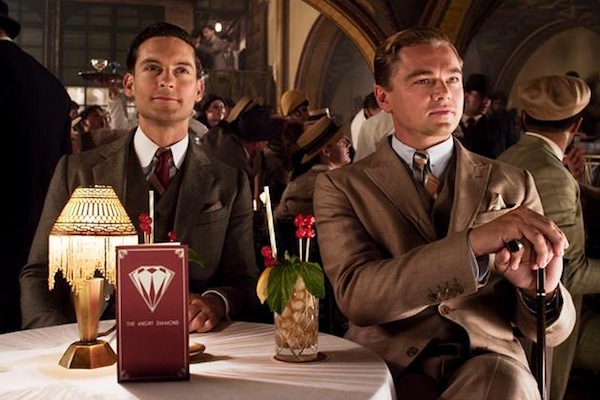 With Oscar Sunday approaching, I’m hopeful to see (and pretty much counting on) costumer designer Catherine Martin and The Great Gatsby take home the Academy Awards for Best Costume and Best Production Design. They won  the Critic’s Choice awards for both, but I’m also a little biased as I had a chance to chat with Martin herself on designing for the film for an article in Out Magazine, in which she shared her formula for men to get the Gatsby style right: Slim silhouettes, bookish blazers, ties with half-Windsor knots, and fitted waistcoats.

“Waistcoats are a great garment because they control the shirt and give a slender illusion,” Martin also shared. “If you’re slim, they make you look more slim, and if you’re a little less than slim, they help with the silhouette.”

Brooks Brothers is a great brand to help you put together your Gatsby look, as it should be since it was a favorite of F. Scott Fitzgerald according to Martin. “Fitzgerald was attracted to what Brooks Brothers represents: the establishment,” she said. “They were also purveyors of this collegiate look, which was so dear to his heart and Princeton past.”

Brooks Brothers, along with Prada and Tiffany’s, teamed up with Martin for the film’s costumes, and the brand also a released a Gatsby collection in collaboration with Martin. The collection is still available here, and favorite styles are pictured above.