Last week Coach held a preview to showcase items from its Fall 2013 line. “It’s all about the details,” said Coach on it’s social media components, where the company and invited guests all shared photos and clips from the afternoon’s event—while enjoying New York inspired cocktails, appetizers, and sweets provided by Poppy’s Catering in Brooklyn.

Yours truly was there on behalf of the Details‘s online team tweeting (@Details) and instragramming (@DetailsMag) sneak peeks of the eye candy accessories for the modern man. See those and more images below:

One of the first areas that caught my eye in the men’s section was the “men at work” desk. Wouldn’t you love your desk to look like that? A golden airplane paper weight was noted by couple fashionistos on Twitter for its garish appeal.

A highlight  from the desk was the deco patterned portfolio.

Coats aplenty were present. Among them, the classic chesterfield coat in the center was a personal favorite. 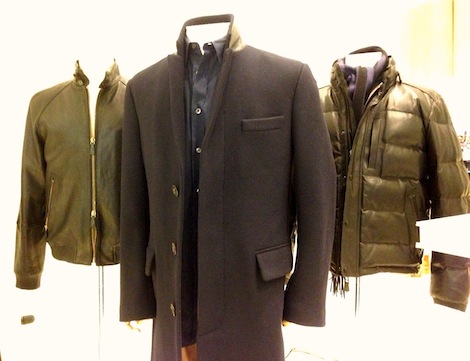 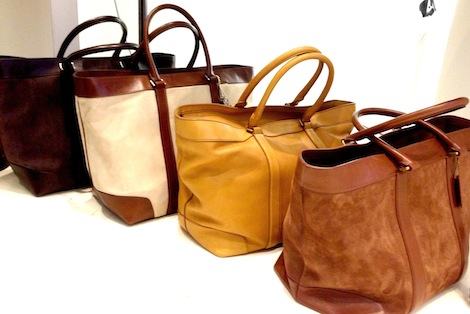 I’ve always been a fan of Coach for its timeless tote collections. I love the mix of tan, beige, and mustard yellow with these four bags all together. The suede one in particular would be most useful and go with anything in a fall wardrobe, but the allure from the mustard leather tote is too difficult to resist. 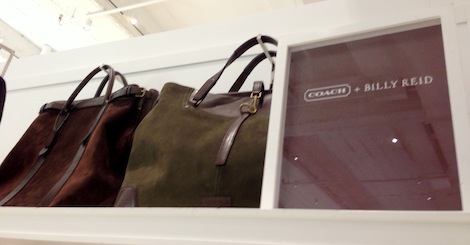 Perhaps the biggest piece of news from the preview was the announcement of collaboration between Coach and American menswear designer from the South, Billy Reid. Reid was named “Menswear Designer of the Year” by the Council of Fashion Designers of America in 2012, and the upcoming union looks promising. 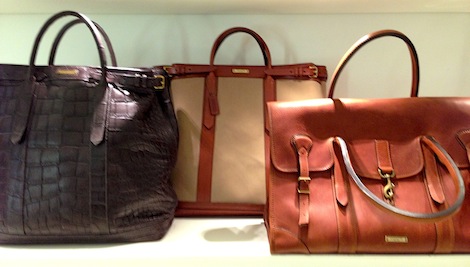 The Coach + Billy Reid line also includes flask holders and a detailed bar set perfect for any traveler’s thirst needs when on a voyage or for mixologist presenting a new cocktail.