10 Of The Best International Gay Ski Weeks For 2014 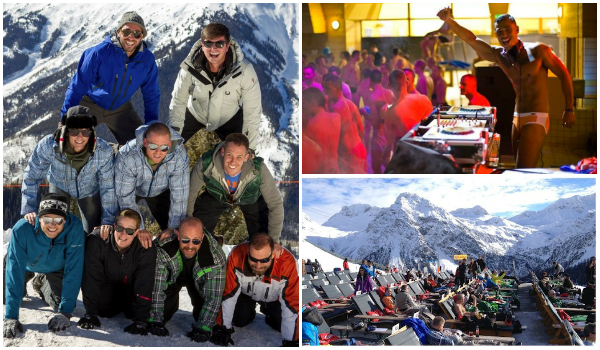 January kicks off gay ski-week season, when thousands of queer guys and gals hit the slopes—not to mention hot tubs—all over the world. For NewNowNext.com, I’ve put together a list of some of the best wintery retreats, offering miles of fresh trails, apres-ski cocktails, pampering, parties and memories to never forget. See five of the gay ski weeks selected below, with the full set on NewNowNext.com:

The 37th edition of the first and most famous gay ski festival hosts a week of  skiing, snowboarding, parties, concerts, drag and more. Enjoy cocktail and dinner events, music with country-pop hottie Steve Grand, comedy with Mario Cantone, a downhill costume parade, theme parties and daily hot-tub gatherings starting at 3pm. And while Colorado has yet to legalize marriage equality, Aspen Gay Ski Week is sponsoring a group civil-partnership ceremony in downtown Aspen on January 18.

Residents of the Graubünden region of Switzerland are practically born with skis on, but if you’re a newbie there’s still plenty of hiking, ice skating, snow-shoeing and tobogganing. Or you can skip the outdoors altogether, and enjoy Hotel Schweizerhof’s Turkish baths and sauna, movie nights, fondue parties and art talks. 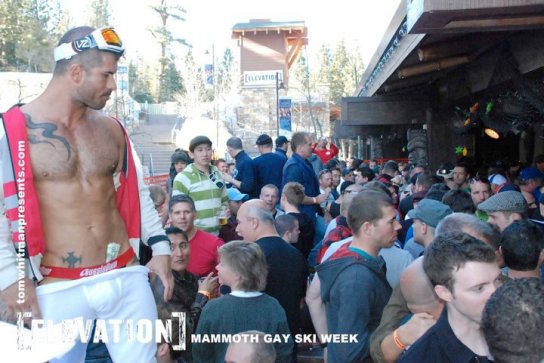 Enjoy the companies of over 2,500 party-ready riders and skiers. Nine major parties fill the week of snow and booze, including the annual highlight of the 10,000 Feet party (literally that high above).

Six years on, European Gay Ski Week is one of the biggest on the continent, with more than 190 miles of trails. After hanging up your skis, spend you nights in the lounge being entertained by drag divas, cabaret stars, magicians and burlesque queens. Later in the evening, international party brands—including Hustlaball, Spain’s WE, Paris’ LAB’s and Berlin’s GMF—host debauched gatherings for gays of every stripe.