The Best Things to Experience Onboard a Carnival Cruise

Just before the holidays, I joined a few other bloggers as part of a Men Who Blog trip to experience the Carnival Sunshine ship. We journeyed on an eight-day cruise through the southern Caribbean with stops Aruba, Bonaire, and Grand Turk with days at sea to experience all the ship had to offer. This was my first my cruise as a grown up, with my previous cruise adventure being one when I was a young teen (about a decade ago since I’m still a twenty-something). After flying into Fort Lauderdale from Westchester, going on the bus shuttle to the dock, and checking into the cruise, my adventure started.

While there’s literally dozens of things to do, see and experience onboard a Carnival ship, these were my personal favorites: END_OF_DOCUMENT_TOKEN_TO_BE_REPLACED

If you find yourself in Dutch Caribbean island of Curaçao there is one local saying you should know, ‘dushi’. Dushi means sweet or nice, even good, and can be applied to everything on the island, even the island itself

From the colorful architecture and delicious food in the capital Willemstad’s neighborhoods of Otrabanda and Punda, to the beaches, hotels and pools of  Piscadera Bay, below see photos from my visit to Curaçao this past spring to make you want to visit Willemstad and beyond: 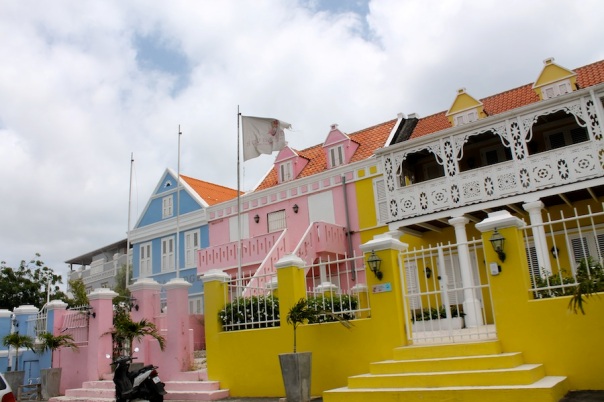 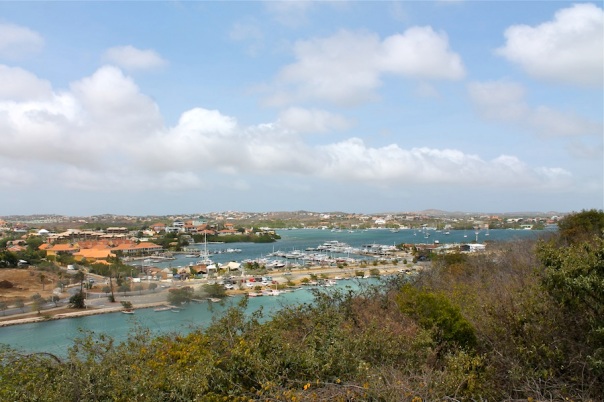 END_OF_DOCUMENT_TOKEN_TO_BE_REPLACED

The Dutch island of Curacao is one of the most gay-friendly escapes in all of the Caribbean, and that’s not just because of the colorful architecture that’s all over the island. Though there’s only one gay bar on the island, G-Lounge in the popular neighborhood of Punda in Willemstad, that doesn’t stop the community from having a good time, as they can be found through all the clubs and bars in Curacao. The island even now has two pride events, which the gay-friendly and gay managed Floris Sutie Hotel in the Otra Banda neighborhood recently hosted both. The former Get Wet weekend has transformed to Curacao Pride in September, while a new Pride week event just debuted.

This past week, from April 30th to May 4th, the Floris, Pink House (a local LGBT organization) and other members of the community on the island held the first South Caribbean Pride, which brought visitors from all over the Caribbean, the Netherlands, South America, Canada and the U.S. I attend all the events as I was visiting to work on a story for Passport Magazine, and the first night featured a welcome party at the Floris, which got an extra rainbow makeover (though they do have one rainbow flag out everyday in their front gates). 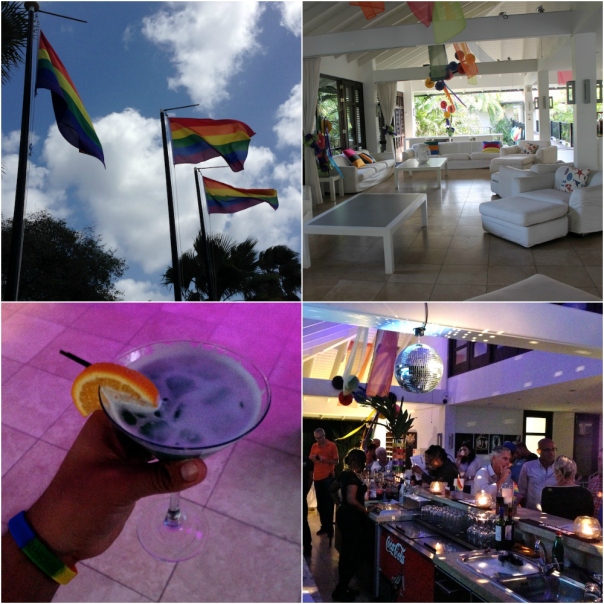 A drag cabaret dinner went down the next night, with local drag queens and others from New York and Florida performed favorite American and Latin hits (plus a French number thrown in). Other drag queens were walking around serving face and a delicious, artistically presented meal. 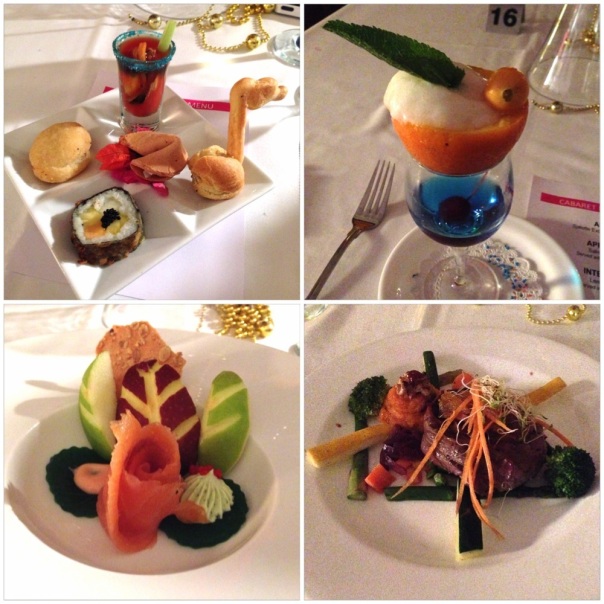 END_OF_DOCUMENT_TOKEN_TO_BE_REPLACED

As the largest of the three U.S. Virgin Islands, St. Croix has a lot to offer those seeking a tropical getaway. Fairly easy to get to, at under three hours from Miami and under six from New York, beaches, food, culture and recreation make up the best of the island. I experienced all last month while on a trip for an upcoming article for Passport magazine.

From the architecture of the Victorian era Frederiksted and 18th-century Danish-styled Christiansted to the beaches and views of Cane Bay, Buck Island and The Buccaneer Hotel (above), get a visual taste of St. Croix below. Plus make sure to check out my article this summer on the St. Croix Food & Wine Experience. 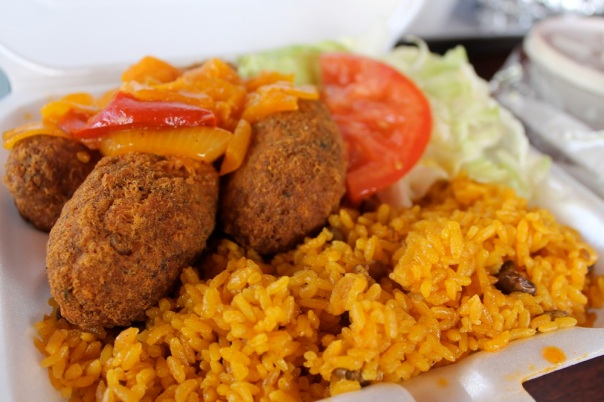 END_OF_DOCUMENT_TOKEN_TO_BE_REPLACED

In The Bag: Sport Travel Gear For The Caribbean 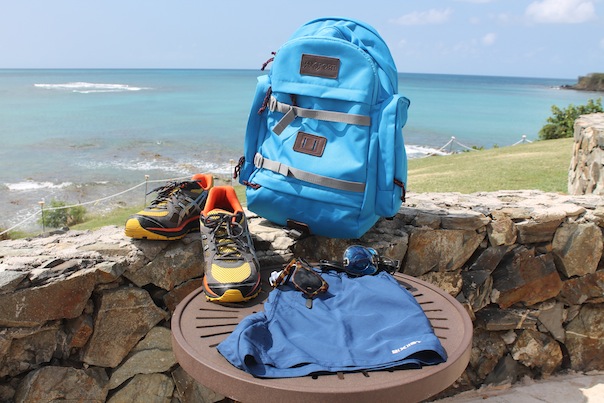 In this edition of Vee Travels’ In The Bag series, sporty accessories for traveling to the Caribbean to destinations like the U.S. Virgin Islands. Shot at the B in St. Croix, these accessories cover you from running or horseback riding to swimming and snorkeling to just hanging out by the beach or pool afterwards while keeping your belongings well stored.

Super spacious, the Jansport Growler became a new favorite backpack of mine. Since I like to just do carry-on, was able to fit my 15″ macbook pro, cords, Canon Rebel DSLR, a couple tees and a lot more items in the backpack. There’s two main compartments (one for your laptop and the other for everything else), then there’s side pockets (one with an exterior mesh holder for your water or umbrella), a small front compartment for your wallet and other necessities, and a hidden bottom compartment if need to stick a wet bathing suit or something down there. A polyster body with nylon straps, the usualy Jansport logo has a stealthy leather makeover. 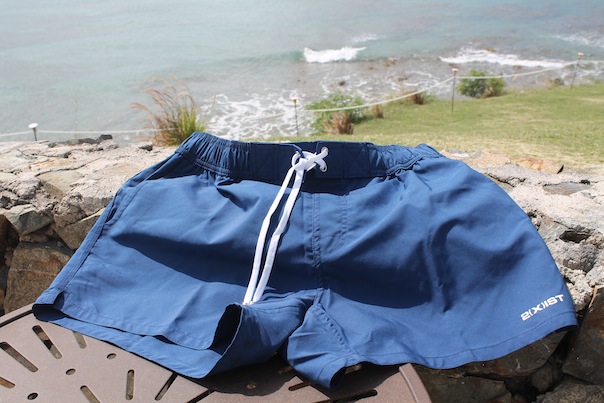 The (2)xist Core Ibiza Swim Shorts takes a simple, classic style and modernizes it with a low rise waist and trimmed legged, so perfect if you want to show off some leg but not so much like a pair of trunks or a brief style would show. Available in eight colors.

The Asics Gel-Scram Trail Running Shoe is built with a lightweight cushiniong for comfort, so works on hard runs and when having to take long walks if flying with transfer (as I often do). Overall the sneakers are also very lightweight, with a body combination of rugged synthetics and mesh. END_OF_DOCUMENT_TOKEN_TO_BE_REPLACED

Posted in Fashion, Shopping, Travel, What To Pack

Outfit: Geometric In The Caribbean 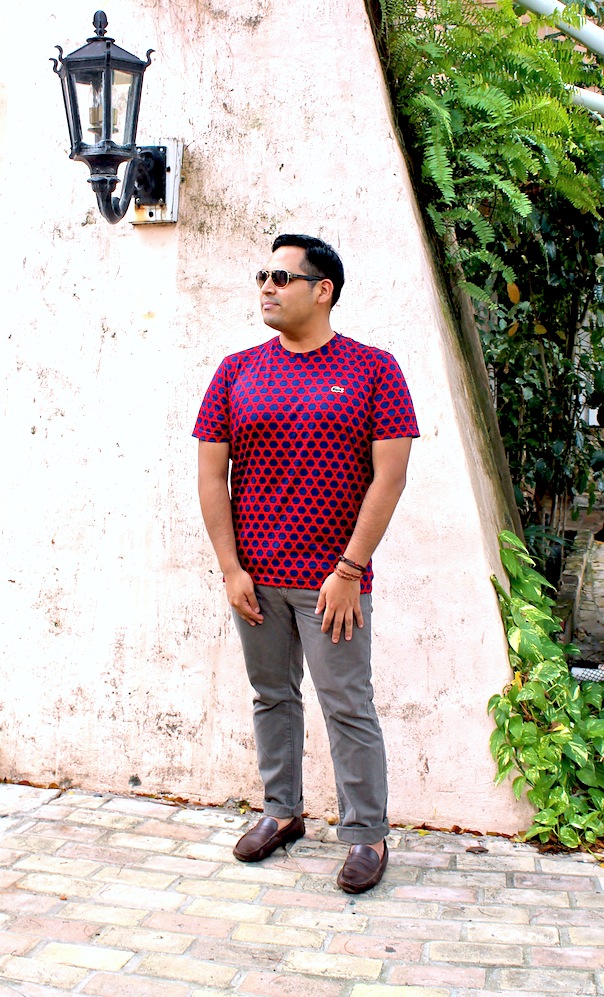 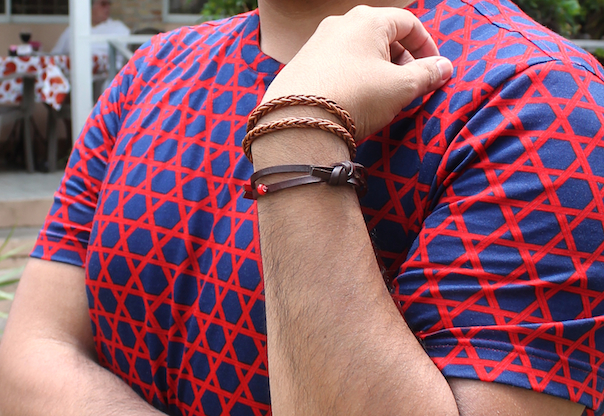 During my recent trip to St. Croix, where I experienced all of its Caribbean wonders from land to sea, I stopped in the town of Christiansted to show how you can style a printed geometric patterned T-shirt while down in the U.S. Virgin Islands or during your summer months back home. In Christiansted you’ll find 18th-century Danish-style pastel stone buildings and lush gardens and greens which were a perfect background for the tee I had in mind to show.

This bold patterned tee from Lactose L!VE, which unfortunately is not available at the moment, shows how you can contrast the tropical greens around. I styled it up with accessories such as a toggle bracelet from Coach’s new collaboration, Coach + Philip Crangi, a pair of gold framed aviators and leather driving shoes, but kept the look summer casual with sun-washed khakis.