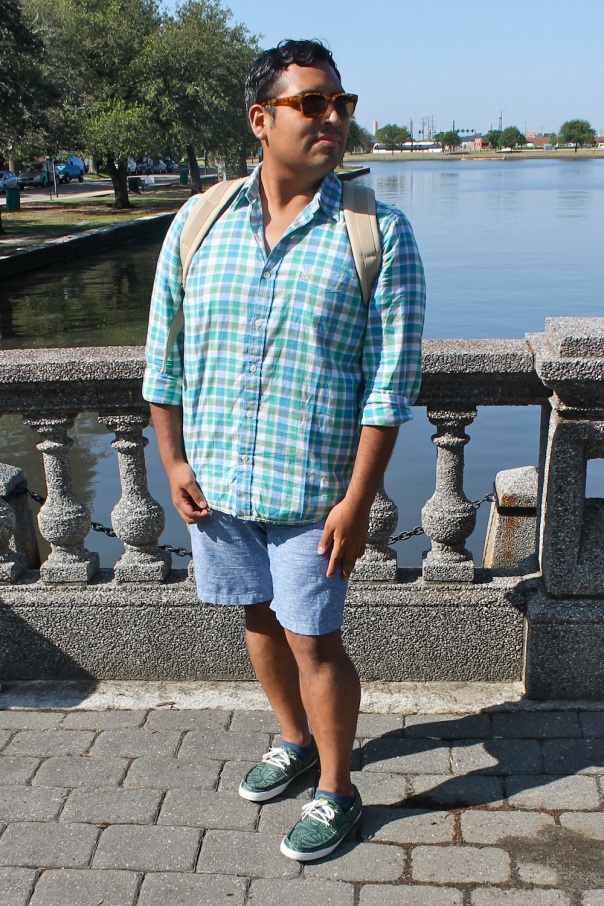 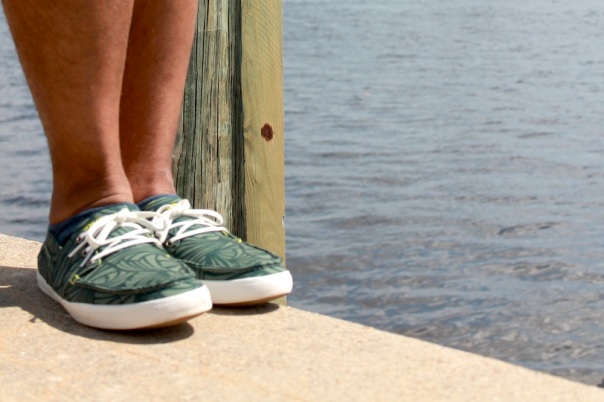 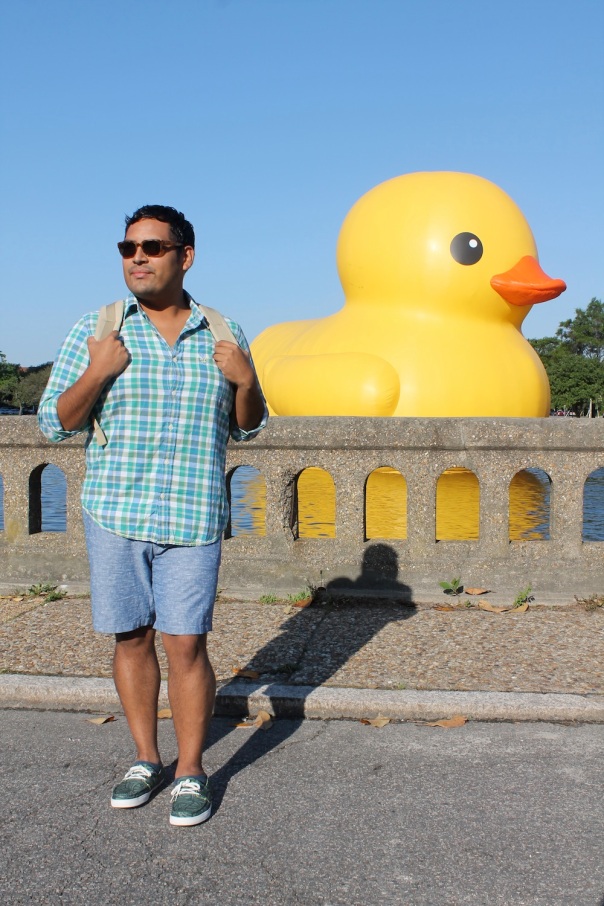 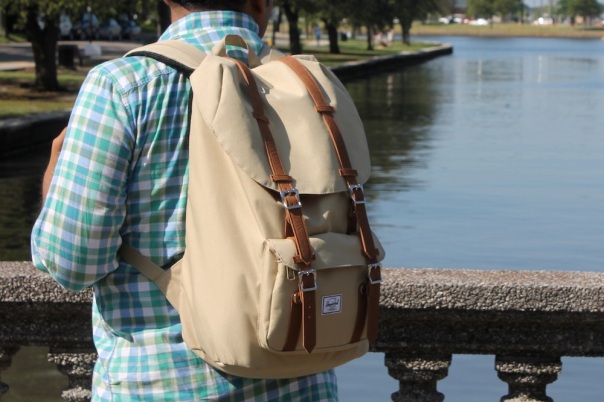 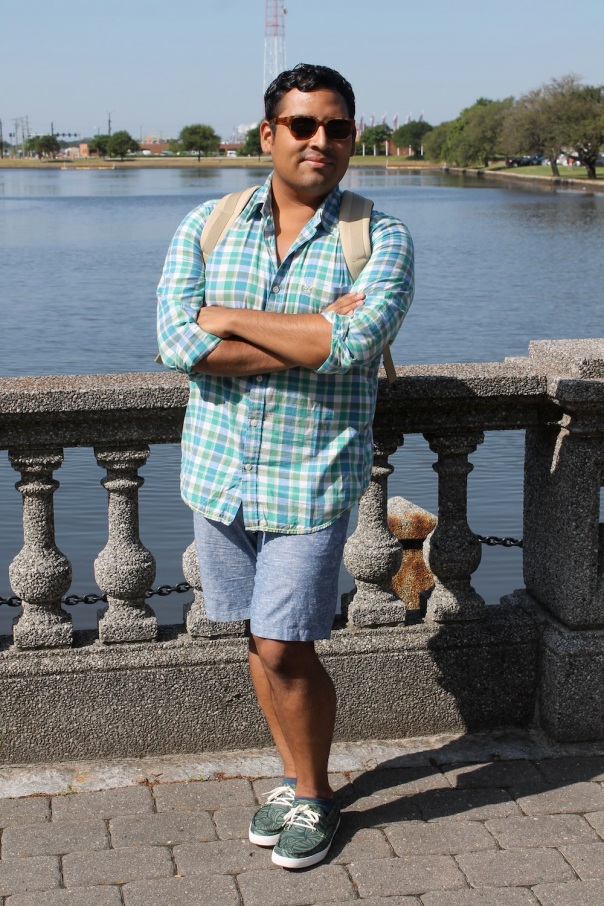 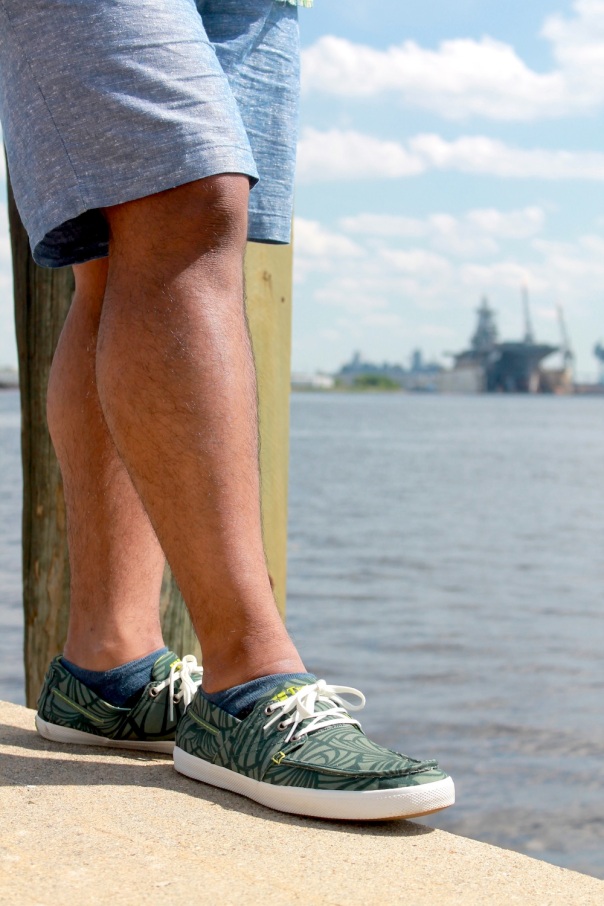 Even though we have a few weeks until summer officially starts, it always feels like the season starts as soon as June hits. You can’t go wrong with a colorful plaid button down in summer, whether it’s just for a day out running errands or during a trip like this one in Norfolk during The Virginia Arts Festival (for which Dutch artist Florentijn Hofman’s Rubber Duck  paid a visit) and the Virginia Beer Festival weekend. Pair the shirt with solid shorts that can either slightly match or contrast, and feel free to mix it up a little with patterned kicks like Tretorn’s Otto style featuring Australian designer Florence Broadhurst’s Japanese Fan print.