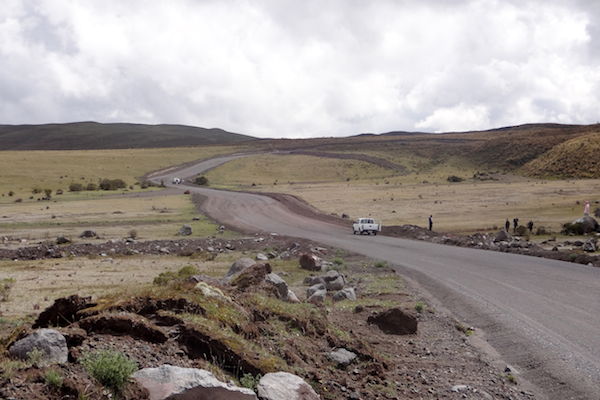 Recognized by National Geographic Traveler as 2013’s Best Destination, Ecuador offers the Andes mountain range, the Galápagos Islands, relaxing farmlands and large cities with more than just native shopping and restaurants. Among these cities is the capital Quito, which I recently had a chance to explore its diverse offerings and see how its history is preserved, but for the adventurer, you’ll want to go just outside of the city.

First a couple city musts. Filled to the brim with religious and artful history, and as it should be since the whole city is UNESCO World Heritage site, the historic center of town is where a first timer would want to start his or her visit. Here you’ll find colonial plazas, museums, monasteries, convents and churches, including the gold-studded Iglesia de la Compania (below). 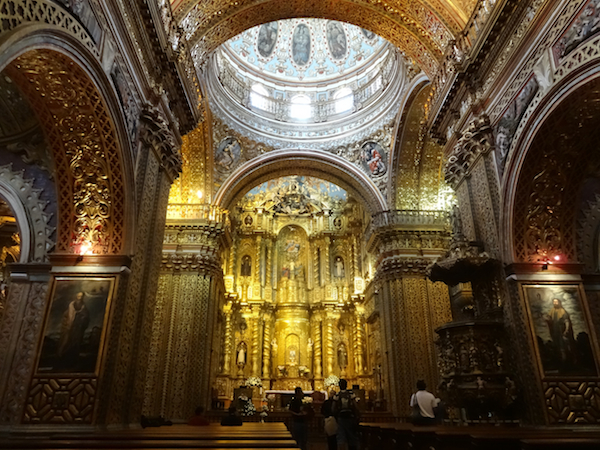 Wandering the city, you’ll uncover picturesque city and mountain range views (even when you’re eating). great shopping and nightlife that can be found in La Mariscal neighborhood (near the business district) and also Calle La Ronda (below), a narrow street in the south of town filled with small restaurants, caffés and artisan shops. 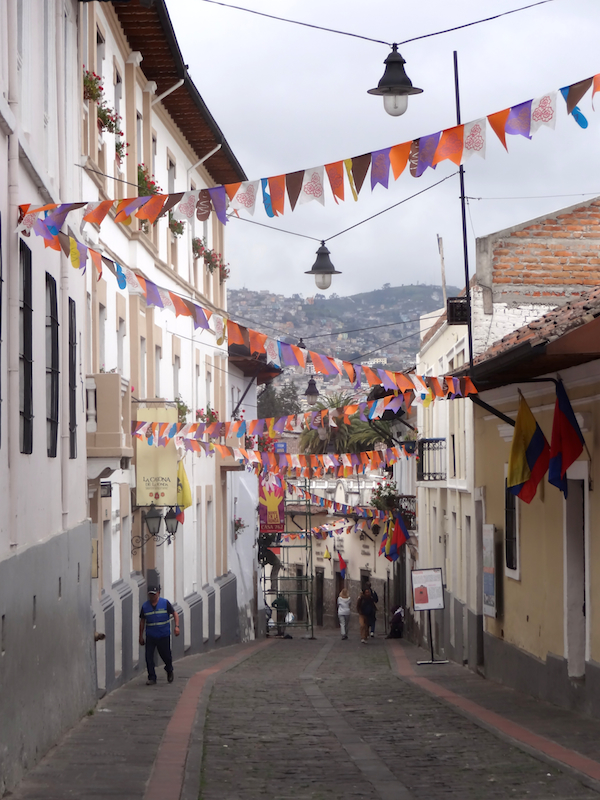 Now that you have a photo taste of Quito’s culture and history (more available on Latina.com), there are two locations outside of the city that any adventure traveler would love. 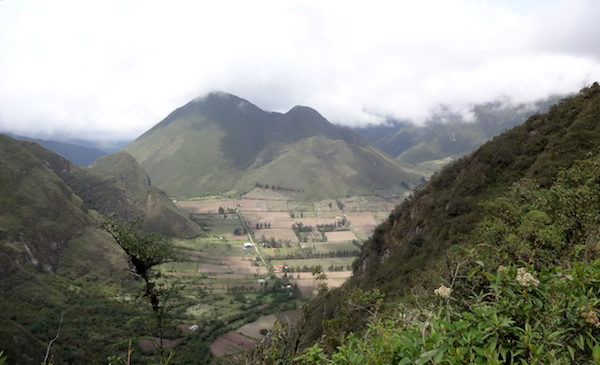 About 40 minutes outside of the city central, the Crater del Pululahua is a collapsed volcano filled with trails to explore with over 1,000 plant species. The valley also can get completely covered by mist (here you see it start to get covered), making it barley visible from the nearby viewing site. I unfortunately didn’t get a chance to walk through the trails due to my schedule and since my group was catching the mist covering everything, but it is definitely one of the first things I want to do whenever I go back. But it’s also kind of good I didn’t go through the Crater as the next site really took it out of me.

So I can now check off climbing a volcano off my travel bucket list. About an hour and half south of Quito you reach the Cotopaxi composite volcano and National Park. The second highest summit in Ecuador, at over 19,000 feet, and one of the highest active volcanoes in the world, the Cotopaxi is worth at least a day trip visit if not more.

Other than climbing the volcano, which can have up to a 100 climbers attempting to do so on weekends, the park offers countless preserved terrain to trek through via car, bike or even on foot, a hostel and restaurant called Tambopaxi where you can rest or dine, and wildlife can be seen roaming and flying throughout. Enjoy photos from my visit below: 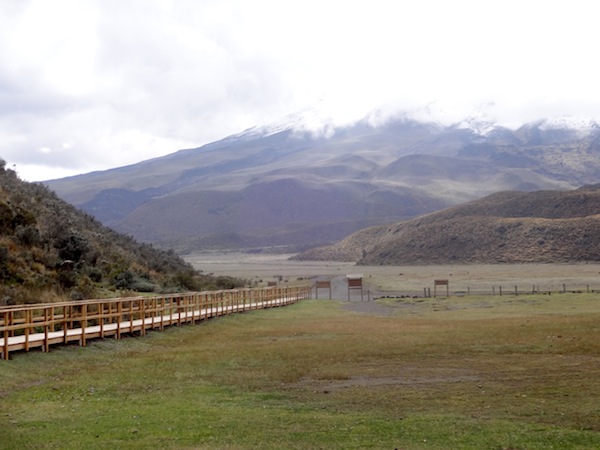 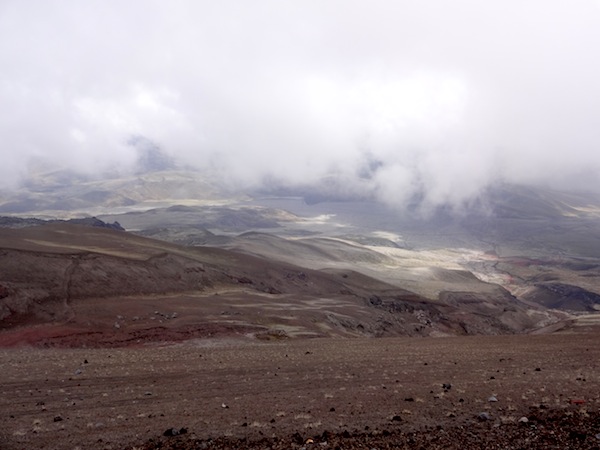 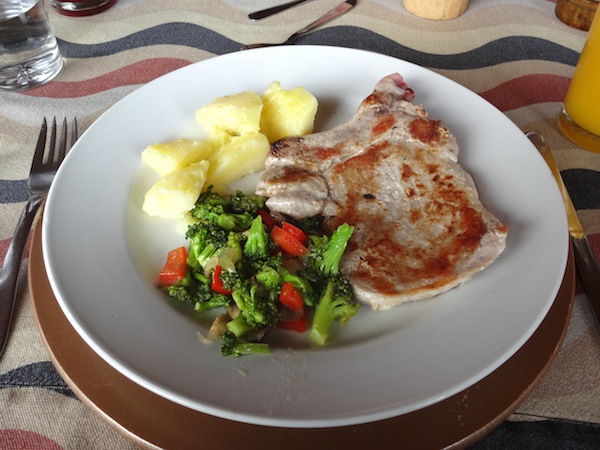