One of the British menswear brands who kicked off the London Collections: Men today was Topman, who gave us some rainy realness (literally).

Chunky sweaters, topcoats, overcoats, mixed media peacoats and raincoats filled out its line up, and those raincoats were put to the test at the end when the models were drenched during the final walk. Watch the of the full show video at the end. 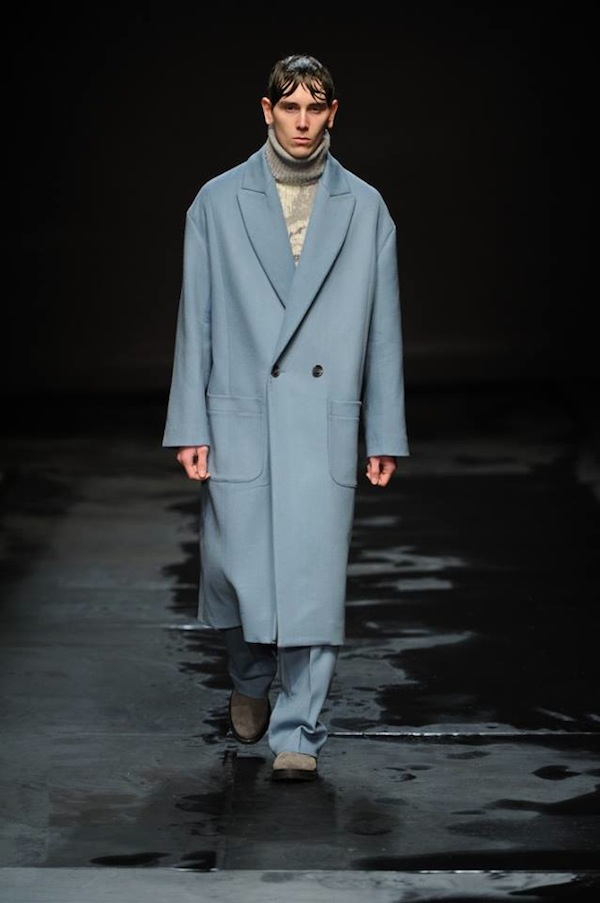 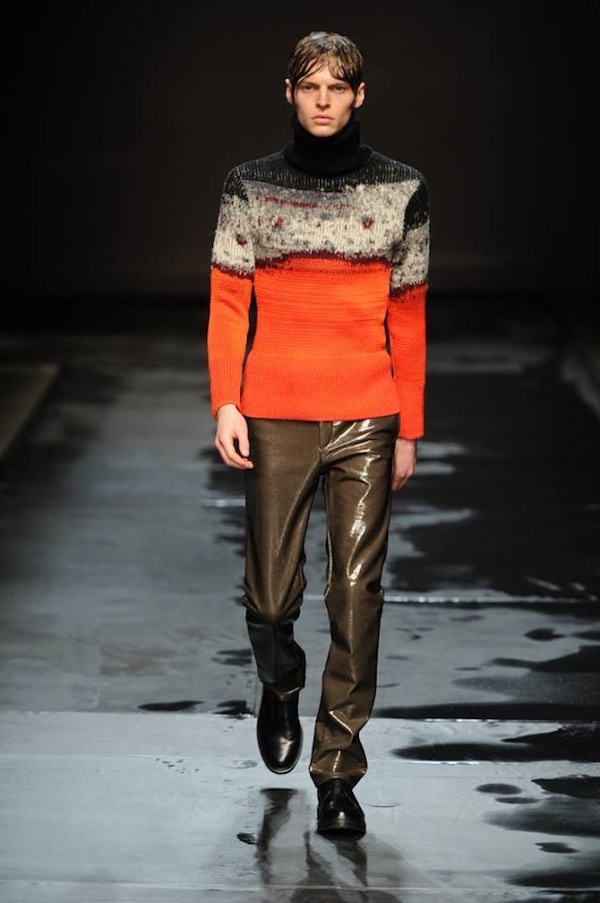 “Taking inspiration from from gloomy shipyards, stormy northern skies and maritime paraphernalia Topman Design’s AW14 was gritty, moody and definitely manly. So yes, to clarify, the water is a part of the set.” – Topman Magazine